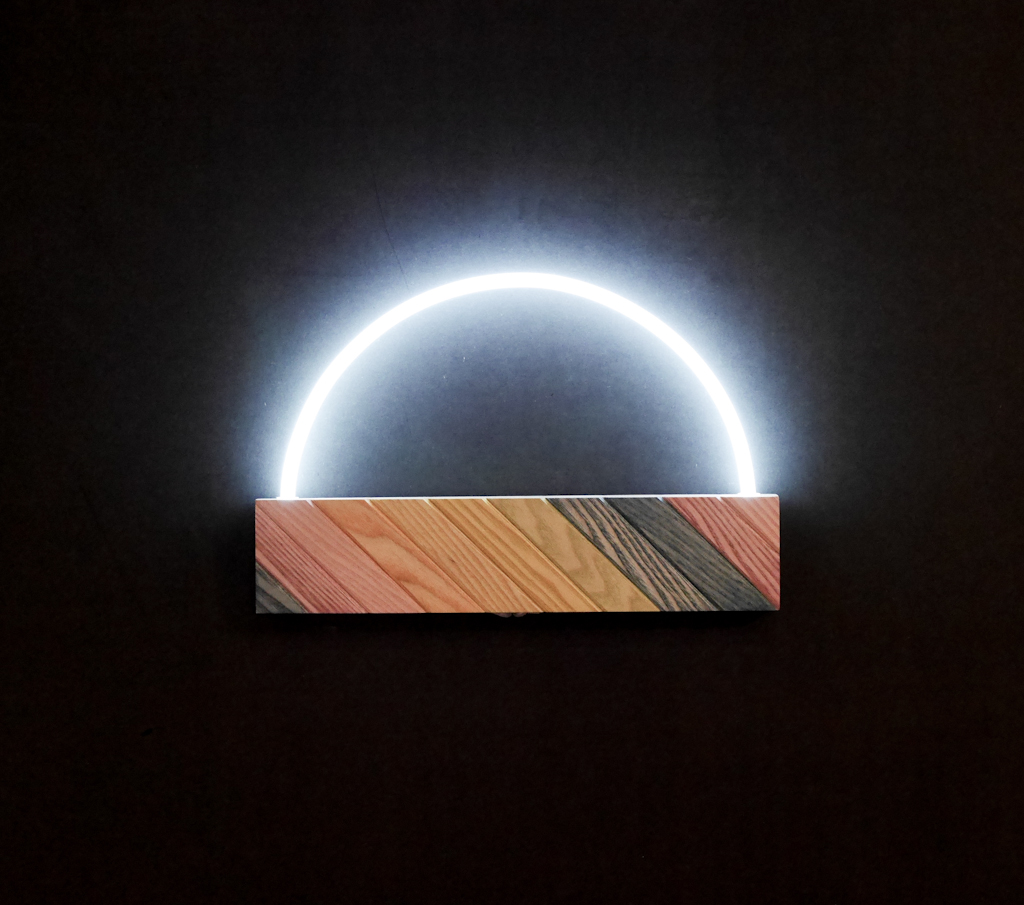 With projects such as Collective Unconscious and The Sea Cult  in their portfolio, Polish studio Kosmos Project  (Ewa Bochen & Maciej Jelski) has established an almost anthropological design practice. The duo’s works often explore and incorporate elements of the arcane and profound, sourcing myths, folklore and history for material and inspiration. Their current exhibition  – Irrational Times –  a collaboration with Swedish designer Petra Lilja and curator Magdalena Poplawska, explores recurring themes in Norse and Slavic mythology and tradition.

The pieces presented at Irrational Times are decidedly reflective of current design practices but are also informed by traditional craft and a historic-mythological vernacular. The exhibition is divided into four sections with separate but related themes. It’s worth pointing out that the themes where not simply given to the designers to work on in parallel, but where rather developed through collaboration, a sort of relay processes.

For the first theme – the 3 Divisions of the Cosmos – Kosmos Poject has created a piece that interprets the axis mundi of Slavic mythology, a cosmos containing three realms; the world of the gods, the living and the dead. The piece is a sort of multi functional interior object consisting of three sections. The first section is a cloth hanger resembling a three – symbolizing the divine realm, the round oak seat represent the human world and the middle section is a vessel for holding water – symbolizing the afterworld. The work itself is made out of three kinds of wood all of which carry their own significance within the Slavic tradition and the piece is also made with traditional wood turning techniques.

The Earth is the second theme and for this project Petra Lilja chose to work with straw, a material hardly used to any affect today but closely linked imageries of agrarian life. Reconnecting to the mythos of such an agrarian past, Lilja has made two large baskets representing the two cats of Freija, a powerful Norse goddess of fertility also associated with harvest. For the same theme Kosmos Project made a kilim sourcing local wool as well as local plants and flowers for the dying process. And although both projects contains symbolic and historical connotations to a pagan past there is also a shared approach to folkcraft and traditional practices. The vernacular is thus treated as a source of empirical knowledge that is contained within the material and craft itself, a knowledge that might be lost if not practiced – a material link to the past.

The Underworld cabinet has motifs and colors that refers to the eternal struggle between the heavenly deity and the ruler of the underworld, that in Slavic mythology is the cause of for the cycle of seasons. Kosmos Project’s cabinet can also be interpreted as a container for one’s worldly possessions, before one pass on to the (benevolent) underworld.

The final subject is The Sky , Petra Lilja’s arched neon lamp reference the rainbow that in Norse mythos was considered to connect Midgard (the human world) and Asgard (the realm of Gods). The wood socket is colored with natural dyes processed by Lilja herself.

Irrational Times is first and foremost an exercise in contemporary design, an exhibition that maneuvers, seemingly without fricition between the rational and the irrational, the modern and the arcane. While many excursions in the context of the current craft revival tends to focus more directly on rediscovering arcane materials and techniques – Irrational Times seems more communicative, pursuing alternative perspectives on contemporary design. Practices that are neither diluted versions of modernism nor misguided nostalgia. Visit the exhibition website for a complete list of the exhibited pieces, backstory, bios and more.